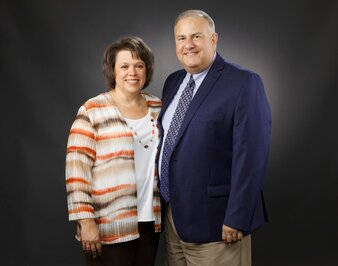 David’s pathway to the calling of senior pastor here at SCCC is a rather interesting one.  After graduating from Berkeley High School, he attended The Citadel, earning Bachelors of Science degrees in Biology and Electrical Engineering and investing those skills in a 29 year career in the public power industry with Santee Cooper.

​David and his family began attending SCCC in 2001.  Prior to being called as senior pastor in September 2016, he served as a church elder, mentor to small group leaders and administrative/finance team leader.

David is attending Rockbridge Seminary, pursuing a Masters of Divinity degree in Pastoral Ministry.  David is married to his high school sweetheart, Kim.  She is a retired nurse with a specialty in pediatrics.  She has a sincere heart for the Lord and is truly blessed with the spiritual gift of hospitality.  David and Kim have two grown children: a daughter, Rebekah, who resides in Columbia, and a son, Ryan, who lives in Moncks Corner. 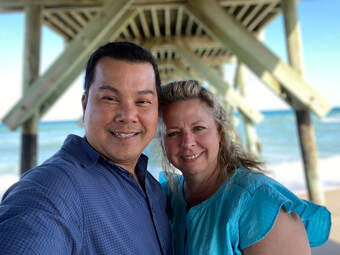 ​Rick graduated from Goose Creek High School and received his Bachelor of Science degree in Electrical Engineering from the University of SC in 1990.  After working as a systems engineer for the Naval Engineering Center in Charleston for over 12 years, Rick was called to the ministry.  He received his Master of Divinity degree from Southeastern Baptist Theological Seminary in Wake Forest, NC in 2005.

Rick was called to serve as Worship Pastor for SCCC in April 2018.  He has a passion to see people genuinely worship God in their daily walk as believers and to share Christ to those who do not know Him.

Rick and his wife, Michelle, have been married for over 25 years.  Michelle also graduated from GCHS and received her BS degree in Occupational Therapy from the Medical University of SC.  They have 3 sons – Joshua, Matthew and Stephen.  The family enjoys yard work, kayaking, disc golfing and having music jam-sessions when they get together.
​ 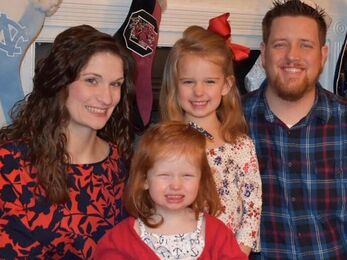 Pastor Jeff, an alumni of Indian Land HS in the upstate, received a degree in Youth Ministry from North Greenville University in 2008 and a M. Div. in Christian Studies from Southeastern Baptist Theological Seminary in 2013.

Jeff began working with students in his local church at the age of 17. He met his bride Brittany at NGU and were married in June 2009. They have two daughters, Rylee (4) and Saralynn (2), and one son William. They love outdoors, all kinds of sports, visiting family, and board game nights! They have been serving at SCCC since September 2013.
Powered by